Cleaning up code as part of another bug fix to greek-accentuation led me to update an old diagram I’d done showing the Greek accentuation possibilities in terms of morae.

Back in 2014 I came up with the following diagram to try to explain that the “law of limitation” was fairly easy to understand in terms of morae. Once you understand the acute and circumflex accents in terms of morae, it’s clear that the accent can just go on one of the final three morae but that if the penult is long and the ultima short, the next-to-last mora is skipped over.

In trying to fix a bug in greek-accentuation, I was stepping through all the possibilities again (with the additional complexity that the code there sometimes can’t tell if a vowel is long or short). I realised it might be clearer to put the four combinations of penult/ultima length in a 2-by-2 matrix.

I added a bit more information on the resulting accents and came up with this: 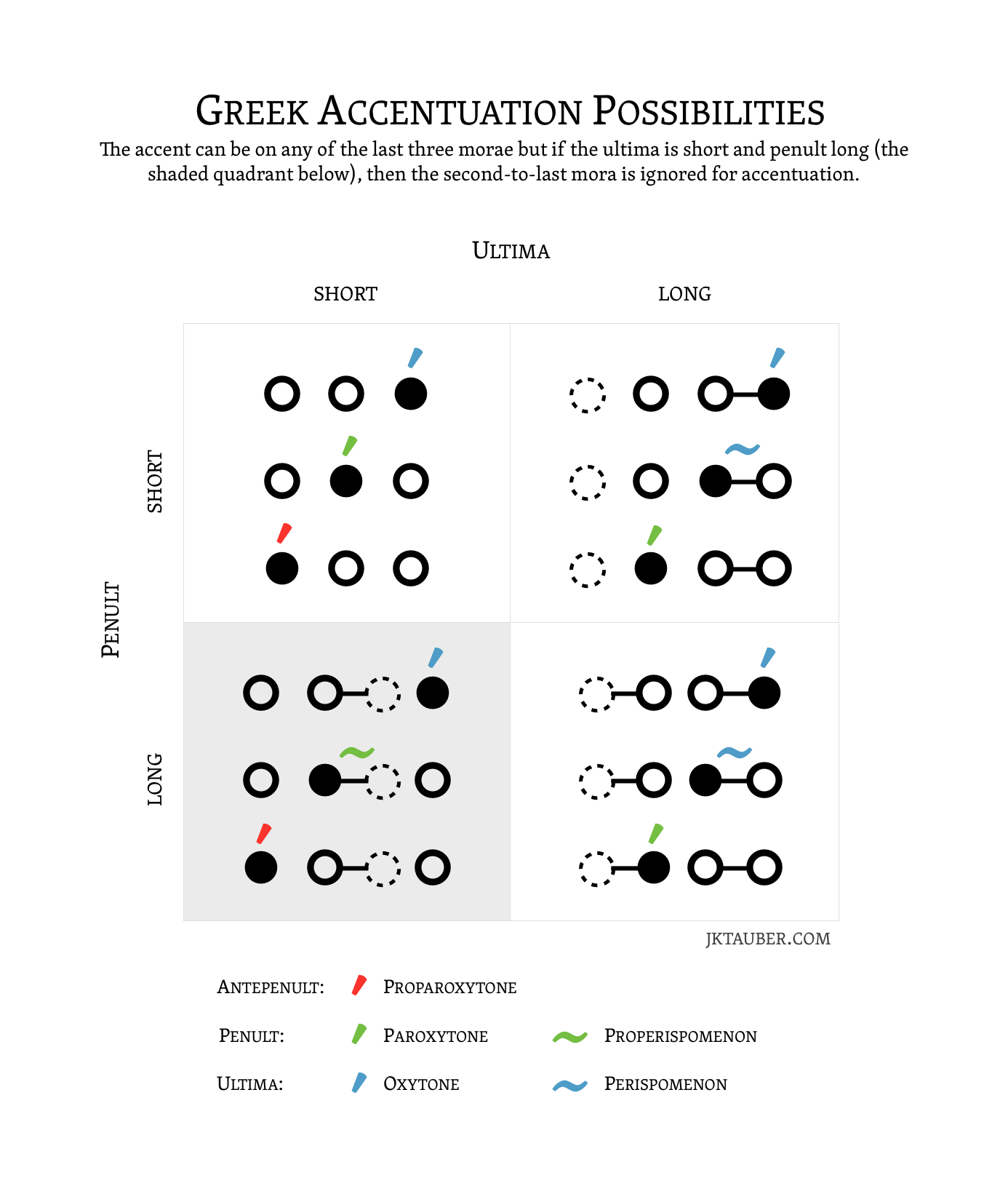 Let me know what you think. Do other people find this a helpful way to conceptualise things visually?