← Some Initial Vocabulary Statistics
A Tour of Greek Morphology: Part 13 →

I recently saw a nice visualisation of English letter bigram frequencies and decided to replicate it with Greek New Testament data.

I wrote a quick Python script to generate the same style of visualisation based on word types (not tokens) in the SBLGNT after stripping accents and folding to lowercase (but keeping the apostrophe used to mark elision). This is the result: 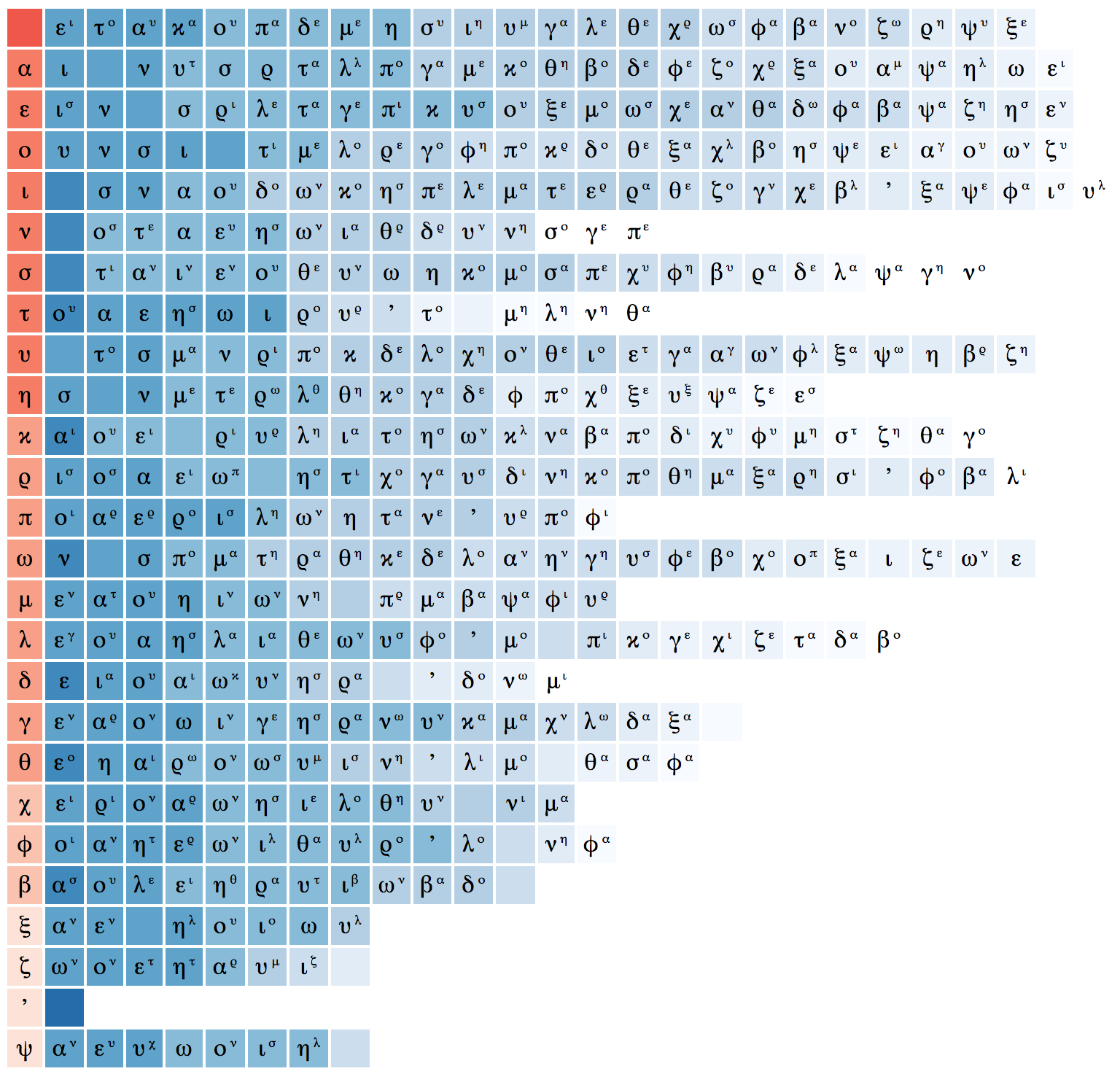 I also used the same bigram and trigram data to generate pseudowords, much like the English original did. At the time, I only tweeted about this second part.

Patrick Burns asked me for the pseudword generation code so I extracted it, cleaned it up a bit and posted it to a gist here.

I never got around to posting my letter frequency visualisation, but Seumas Macdonald (not knowing I’d already done the work) pointed me to the All Things Linguistic blog post and asked about the possibility of doing the same for Greek. It was enough of a nudge to get this blog post written.

Thanks Seumas and Patrick!

← Some Initial Vocabulary Statistics
A Tour of Greek Morphology: Part 13 →